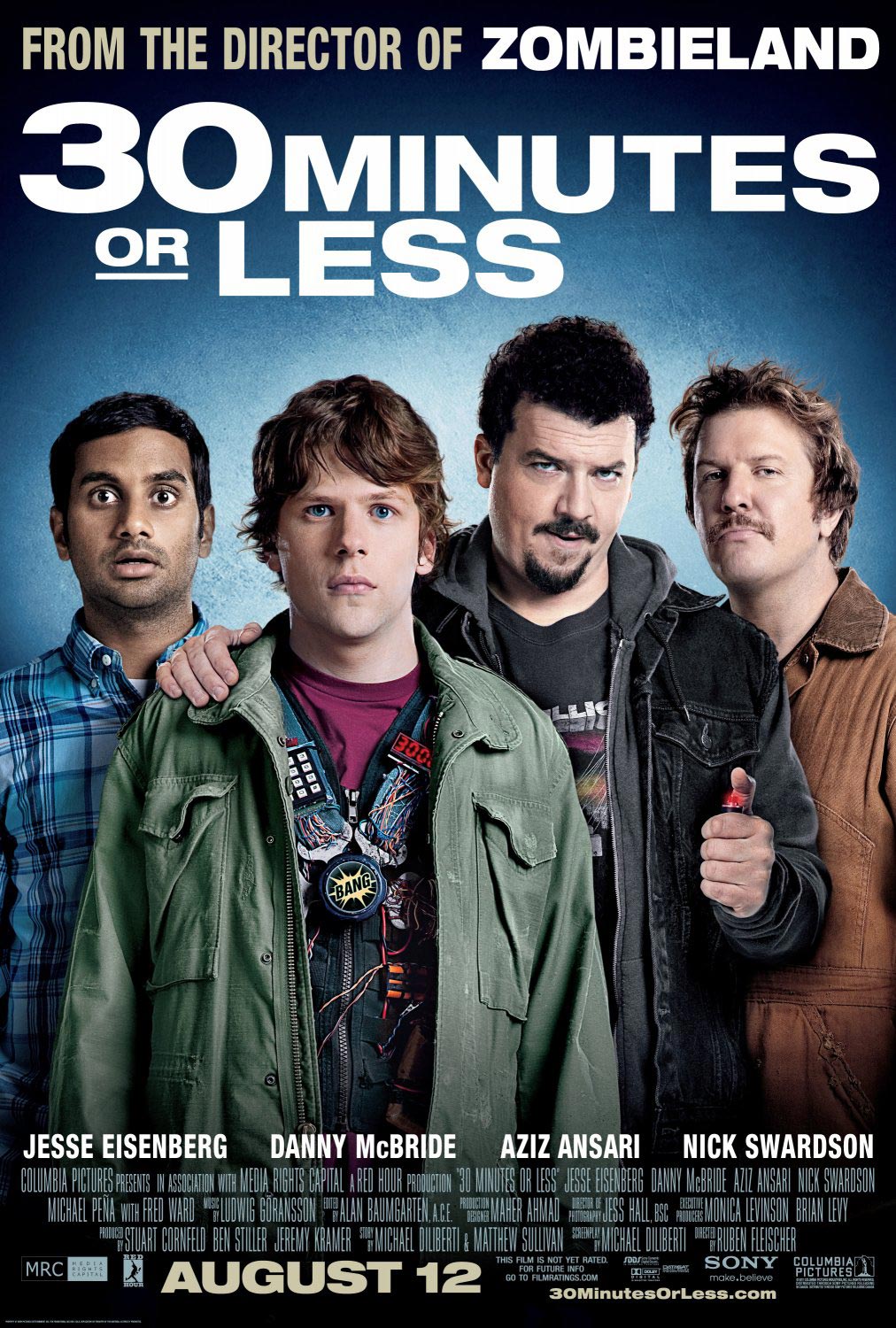 Rated: R for crude and sexual content, pervasive language, nudity, and some violence.

Ticking Away, Only to Explode in Mediocrity (Please See Trailer to Understand Title Reference)

Appallingly explicit and excessively gratuitous, 30 Minutes or Less middles as a mediocre comedy whose humor fails to compensate for a dearth of emotional sincerity and kinetic energy. The crude characters converse with distastefully disturbing dialogue that is delivered with innumerable profanities and unrelenting raunchiness, though this filthy humor can stir laughter as uproarious banter. Hilarious jokes, however, amount to merely half a successful comedy - they alone cannot secure audience entertainment. Meandering with no sense of direction, "3MOL" augments in plot lethargy as it depicts outrageously ludicrous situations, thus detracting from this comedy's supposedly suspenseful conflict. While staggering in shameless stupidity and manic vulgarity, director Ruben Fleischer wastes the talents of his star-studded cast, who cannot imbue any intelligence or humanism to already lackadaisical characters. Like its flat performances, the calculated plot consistently falters for the contrivances of popcorn-movie cliché’s, compromising a wickedly dark panache for undeveloped romance and routine car chases. The film replaces unabashed foulness and monotony where its acerbic sharpness and liveliness should have dominated, inciting disappointed, sophisticated viewers to leave their theater in 30 minutes or less. 39/100