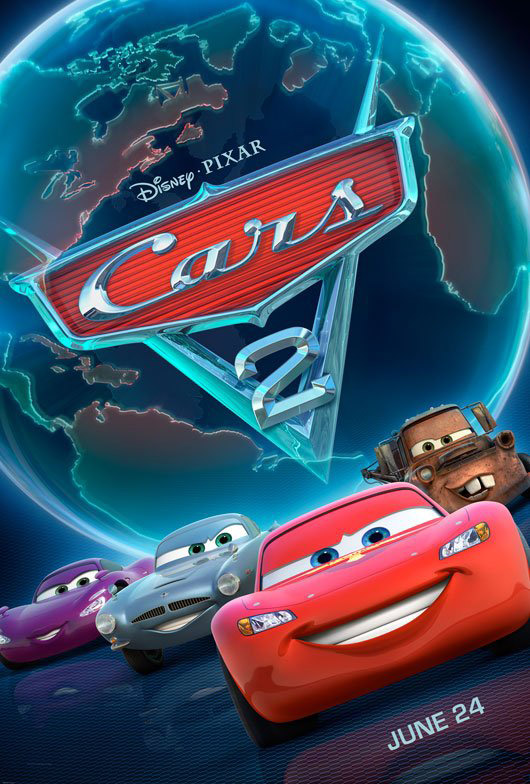 Driven by profit instead of pure creativity, Cars 2 lacks Pixar's typical flair for genuine enchantment, compromising insightful characterization and loving warmth for high-octane action. In a thinly drawn and uncharacteristically chaotic plot, the film races through repetitive but visually stunning action sequences with breakneck pace, its passing scenery too blurry for detailed nuance and emotional sincerity. Overly burdened with high-technology gadgets, the utterly silly journeys are sprinkled with platitudinous themes and stale jokes that never extend beyond cultural stereotypes. Undeveloped and belabored, the mechanical characters of C2 are lost amidst the roar of gunfire and whirring engines, hopelessly looking for a road back to PIxar - the studio that brought desk lamps and toys to glorious life. 1.5 out of 4 stars

Reply M.N.
4:31 PM on August 12, 2011
well, um, john lasseter was not driven by profit but instead by the wanting of creating a light, fun, action movie, that well everyone can enjoy. and well not every pixar movie has to be super meaningful. tip: reviews should not be of just one's pov but taken from all pov, ie. meaningful movies lovers to comedy lovers to little kids

I don't understand your comment. Critic reviews are written from the perspective of one person, not multiple people. If I had written from the point of view of "meaningful movies lovers to comedy lovers to little kids," my reviews would not have a proper sense of direction.

This movie was probably driven by profit. It was done to pave the way for a new "Cars Land" is coming out in California Adventure in Summer 2012, and Disney/Pixar has made a whopping $10 billion in merchandise from the original "Cars." Like Joe Morgenstern of the Wall Street Journal said in a recent review, Disney needed to make a film that energizes audiences with explosive action sequences and quick pacing. They had to sustain their financial success with this type of movie, which makes money very easily.

Every new Pixar movie should be as meaningful as the last. John Lasseter is a wonderful director, as you say, and has the full capability to imbue his characters with the soulful emotion and multi-dimensionality as we have seen in his other features, such as "Finding Nemo," "Wall-E," and "Up." His films are certainly "fun" and lighthearted but also diffused with the unmistakable depth that makes every Pixar film the special experience that it should be.

I hope you found this reply helpful.